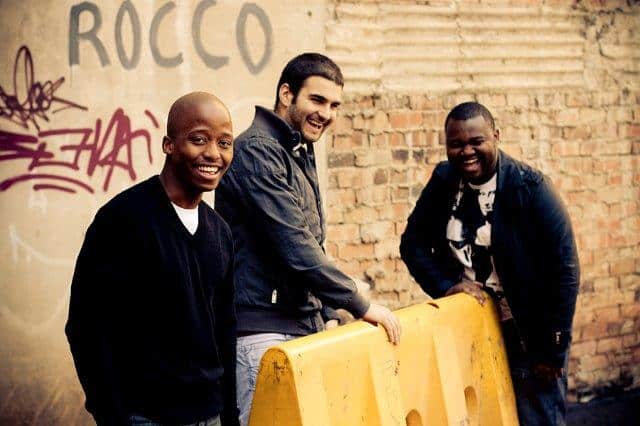 As if there aren’t already enough good reasons to be at the 2014 Golden Horse Sprint Race Day, the casino has announced that South Africa’s hottest house band, Mi Casa, will be performing at the event’s highly-anticipated after party.

The band, currently dominating the SA music charts with the hit “Turn You On”, is expected to draw a massive crowd for their show, set to start at 21h00. This will be the third time that Mi Casa has performed at Golden Horse.

“When we make a promise to bring top entertainment to the Golden Horse Sprint Race Day, we deliver. Having Mi Casa feature at our after party is a huge coup. It is sure to be a spectacular show, in true Mi Casa style. Revelers be prepared to dance the night away at the party of the season,” says the casino’s Marketing Manager, Prabashni Reddy.

Micasa – undoubtedly one of the country’s most-popular and fastest rising house bands – is revered for their special brand of soulful house music which merges dance music, jazz, vocals, and disco. The band has been making waves on the local music scene for a number of years but the name Micasa was firmly-entrenched in 2011 when the band was chosen as the opening act for American rapper Drake.
Micasa comprises three highly-talented individuals: Dr Duda, producer and club DJ; J-Something, vocalist and guitarist, and Mo-T, the trumpeter, whose exceptional musical talents blend to create a unique soulful sound. After party guests can expect an energetic show featuring these and other hits which have put them on the map.

The band is the proverbial cherry on the cake of what promises to be the biggest-ever Golden Horse Sprint Race event. Entrance to the after party, taking place at the casino’s ample Grandstand, is R120 per person and tickets are available at the casino’s Customer Service Desk. Based on Micasa’s overwhelming popularity, pre-booking is advised.

Leading up to the raging after party, there will be awesome entertainment and heart-stopping horseracing at Scottsville Racecourse from 09h00. Entrance to the Golden Horse Sprint Race Day is free. The Marquee Village is the hospitality and entertainment hub of the race day. Golden Horse Casino and with Gold Circle Racing will offer exclusive links with fashion icons, musical artists and other celebrities at the specially-erected Marquee Village.

The members of Prime Circle and Good Luck are also expected to make an appearance. Fans are urged to bring along memorabilia for autographing.