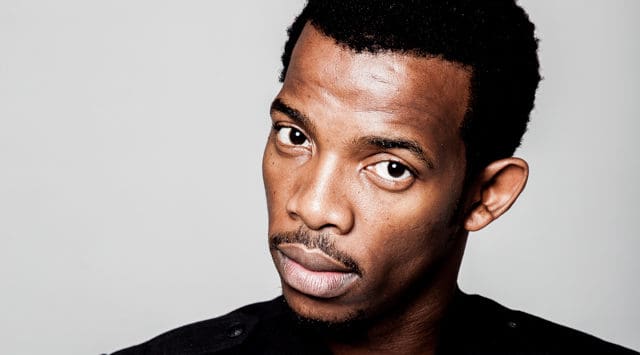 Bantwini will perform his infectious brand of dance music to an audience of VIPs, celebrities and members of the media at the exclusive pre party – a dazzling prelude to the main event at Scottsville Racecourse in Pietermaritzburg.

The Golden Horse Sprint Race Event is South Africa’s oldest and richest sprint event, attracting over 15 000 horseracing and fashion enthusiasts to Pietermaritzburg each year. With South Africa’s fastest sprinters competing and prize money of over R2-million, competition will be fierce. The stakes are always high in the two main sprint races; the Golden Horse Sprint, which this year carries a first prize bounty of R750 000, and the Tsogo Sun Medallion Race, which offers a prize of R600 000. In addition to being the largest sprint race event in South Africa, it is the only one to feature four Grade One sprint races.

Now entrenched as a platform for showcasing the designs and creations of emerging and established designers, the Sprint Race Event features dazzling fashion shows and a Fashion Design Competition.

“We are thrilled to have the legendary Zakes Bantwini performing at the prelude to the Golden Horse Sprint Race Day. An award-winning artist on stage at one of Durban’s most-spectacular venues, it is an electrifying and fitting way to launch this year’s sprint event,” says Golden Horse Casino’s Director of Operations and Complex General Manager, Maureen Kivits.

Sky, opened in February this year, was completed as part of the R220-million refurbishment and re-launch of the historical Southern Sun Elangeni and Maharani. Sky is a complete renovation of the popular Raffles bar that thrived at the top of the old Maharani Hotel three decades ago. Sky now offers an ideal ‘venue with a view’ for conferences, launches, themed evenings, banquets, private functions and celebrations, and features extensive stage, lighting and sound production equipment and facilities. It can accommodate up to 250 people, or more intimate groups, with a main floor of 300 square metres.

While the pre party is for invited guests only, the 2014 Golden Horse Sprint Race Day is open to everyone who wants to feel the energy, experience the thrill, and Run Wild at South Africa’s biggest sprint race event.

“Visitors will be blown away by dramatic fashion, exhilarating horseracing and pulse-raising entertainment,” says Kivits.

The gates open at 9am and entrance is free. The specially-erected Marquee Village is the hospitality and entertainment hub for the day, with food, refreshments and loads of entertainment. The after party will be taking place at the Golden Horse Conference Centre with performances by MICASA. Tickets are R120 and can be purchased at the Customer Service Desk.