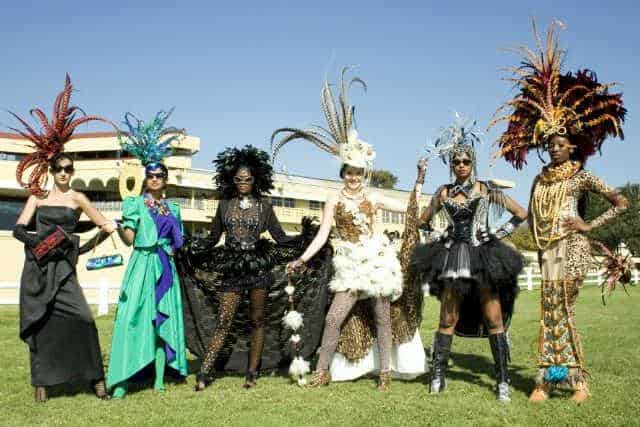 One of South Africa’s top horseracing events and the only sprint event with four Grade 1 races in one day has been given a major boost by virtue of Tsogo Sun adding its name and prestige to the event – theTsogo Sun Sprint – scheduled to be held on 23 May 2015 at Scottsville Race Course in Pietermaritzburg.

First run in 1962, South Africa’s oldest, biggest and richest sprint event, previously known as theGolden Horse Sprint, is one of the six top race days held annually in South Africa and is this year offering over R3 million in prize money.

“Tsogo Sun has been a partner to the Golden Horse Sprint for 14 years and is now taking its support to a new level by changing the name to the Tsogo Sun Sprint,” says Jacques Booysen, MD of Tsogo Sun, who explains that Tsogo Sun’sGolden Horse Casino holds the enviable position of being the only casino in Africa to be located on a racecourse.

“We’re excited about this new strategic direction that is seeing the group ‘adopt’ key sporting events to the extent of taking on the naming rights to the event. We believe this is a win-win partnership with the City of Pietermaritzburg that will see the Tsogo Sun Sprint being elevated by the opportunity to leverage the Tsogo Sun brand, as well as for the group, which is extending its reach into the thrilling and fast-paced world of horseracing. In fact, this was an opportunity not to be missed as we recognised that changing the name would raise the profile of the casino, the group and the city.”

Last year the group launched its headline sponsorship of the Tsogo Sun Amashova Cycle Challenge in Durban, which heralded a new beginning for both brands. It was the first time that Tsogo Sun embarked on a title sponsorship and it was a clear indication of Tsogo Sun’s belief in the cycle challenge as one that has enormous potential for growth and appeal to its target market.

“The Tsogo Sun Sprint also holds great potential for growth and we trust that our partnership with the City of Pietermaritzburg will give the event the opportunity to expand beyond its sound foundation to one that appeals to a far wider audience among horseracing enthusiasts and entertainment-seekers all over the country,” Booysen adds. The race day will be marketed by Tsogo Sun in nine provinces for the first time, through all Tsogo Sun casinos, on every casino floor and in every hotel room, and on TV and radio.

Graeme Hawkins, Racing Director of Gold Circle Horseracing and Betting, says that the significant investment by Tsogo Sun will give the Tsogo Sun Sprint a much-valued boost in terms of positioning Pietermaritzburg as a horseracing destination in South Africa. “Scottsville is a lovely track steeped in tradition, and we believe this new partnership with Tsogo Sun in a top event on the horseracing calendar will bring the horseracing aficionados flooding in to experience the thrills and highlights of the day. We’re extremely grateful to Tsogo Sun for coming on board and we trust this will be a worthwhile relationship for the group for many years to come,” Hawkins adds.

Tsogo Sun’s vision is to be the premier entertainment destination in the catchment area where its properties are located. Sizwe Jantjie, Tsogo Sun Marketing Manager, says, “The sponsorship of this race strengthens the group’s position as the place to go for entertainment and for creating great experiences. The Tsogo Sun Sprint will be an exhilarating day of pace and power, great style and African flair, as well as a host of added entertainment options.”