The perfect place to hibernate this winter! 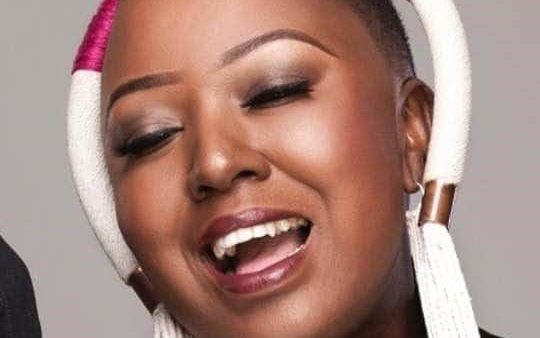 Golden Horse – the perfect place to hibernate this winter!

Golden Horse, your favourite entertainment destination in the Midlands, brings you the perfect combination of comedy and music for the cold winter months. Experience the side-splitting humour of the hilarious Dingalings or sink into your seat to soak up the soothing sound of Brenda Mtambo. If that’s not your style, you can enjoy live entertainment on Saturdays and select Fridays at our popular Derby Lounge or take advantage of our extraordinary Just Us Wednesday Special deal!

If you’re a fan of Afro-Soul, then you’re in for an unforgettable treat! Join us for an intimate evening of music with Brenda Mtambo. You might have heard her sing with award-winning gospel group Joyous Celebration – now you can experience Brenda’s strong, powerful and soulful voice up-close and personal for one night only on Saturday, 26 October. Brenda believes in the power of music to move, inspire and entertain her fans – come and be part of this magical experience. Tickets are selling out fast at only R150 per person at goldenhorse.co.za or Computicket.

Let the Dingalings warm you up this winter with this laugh-a-minute show by comic genius, Yugan Naidoo on Saturday, 7 September. The cast gets caught up in this year’s election fever by concocting a plan to start a political party to fight corruption. They prepare their hilarious manifesto and elect a comical candidate, Henry, to run for president. The show features the full, crazy Dingalings cast; the persistently-popular Henry Ramkissoon known for his off-the-wall, whacky comedy, Meet the Kundasamy’s and Imbewu TV star Koobeshen Naidoo, the award-winning radio DJ Senzo Mthethwa, the musical genius Satchu Annamalai and the amazing dancer Rohan Ramkissoon. For those who can’t get to the 17h00 show, you’re in luck – there is a second show scheduled for 20h30! Be sure to use your Rewards card to claim your discount. Tickets are R130 per person at goldenhorse.co.za or Computicket. Not for under 16s.

Because you love beer, drafts and spirits, Golden Horse is still bragging about its brilliant beer and spirits bargains! The price of selected beers (including Castle, Hansa, Windhoek, Amstel, Black Label) has been slashed to only R20 each, while selected drafts are flying off the counter at only R30 each. Not a beer drinker? No problem! Savanah Dry, Hunters Dry and Brutal Fruit are all selling at a crisp and cool R30 each. As if that’s not enough, it’s International Beer Day on Friday, 2 August and we are celebrating this important event in style! From Thursday, 1 August to Sunday, 4 August you can get a 500ml Castle draught beer for only R25 – while stocks last! We are supersizing International Beer Day and extending it to International Beer Weekend! Get to the casino floor for this all-day, all-weekend beer bargain! Not for sale to persons under 18. Drink responsibly.

It’s time to book the babysitter and reward yourself a well-deserved mid-week break. The Just Us Wednesdays deal will be ending on Wednesday, 31 July. With a saving of over R165, there really is no time to waste. Where else can you get two drinks, two two-course meals and two ten-pin bowling vouchers for only R200 per couple? As if that’s not enough, you will also be entered into a draw set for Wednesday 7, August. Get your package deal from the Customer Service Desk – exclusive to our loyal Rewards members.

Our upmarket cocktail bar – Derby Lounge – offers guests live entertainment with a sophisticated twist of elegance and comfort. Aimed at the glitterati of the city, this exclusive Pietermaritzburg nightspot is known for its wide selection of exotic cocktails, ranging from the refreshing to the wicked. It’s the perfect place to play after a long and stressful week.

Everyone loves chicken wings! Whether you prefer basted, crumbed, fried or baked, these deals will have your mouth watering! Get to Vigour & Verve restaurant for a R20 saving on their scrumptious wings – only R45 per serving! Toasteez is also jumping on this bandwagon by offering crispy crumbed wings for the exact same price.