Get Set For Thrilling Racing 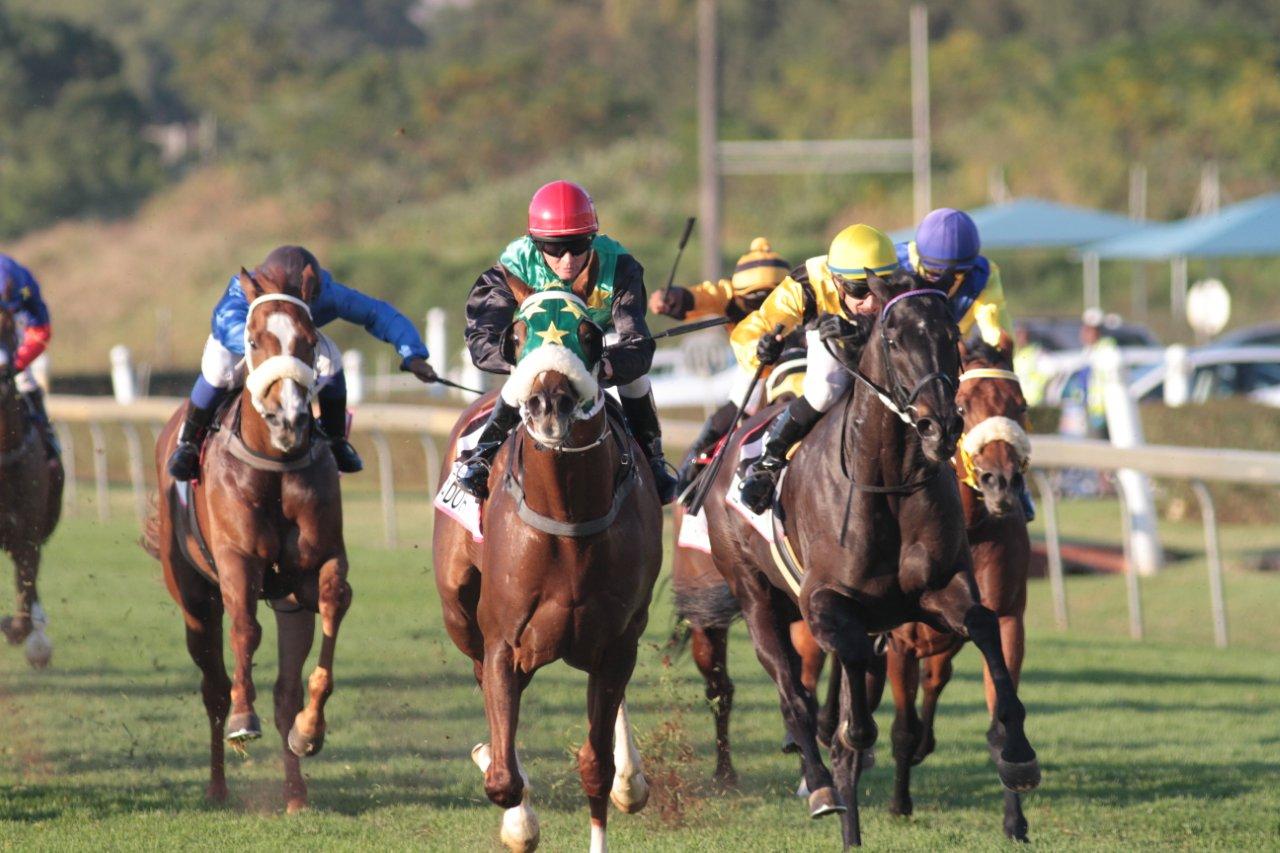 Horseracing enthusiasts, fashionistas and socialites can brace themselves for exhilarating racing and pulse-raising entertainment at the Golden Horse Sprint Race Day on Saturday the 24th of May. With the date set, Tsogo Sun’s Golden Horse Casino, Hotel & Entertainment is gearing up to make the Run Wild-themed Sprint Race Day the biggest and most exciting in the event’s thirteen-year history.

One of the most anticipated events on Pietermaritzburg’s and Durban’s social calendar, the Golden Horse Sprint Race Day is also the country’s oldest, largest and richest sprint race, with stake money of over R2-million and some of the country’s fastest sprinters competing.

“Prizes will be bigger than they have ever been, with R1, 3 million to be awarded in the two main sprints. Entertainment on the day will be sizzling and once again, dramatic fashion shows will be a highlight.

“Keep your eyes peeled and your ears pricked for more exciting announcements about the 2014 Golden Horse Sprint Race Day as we countdown to a spectacular event. Prepare to Run Wild,” says Maureen Kivits, the Director of Operations and Complex General Manager: Golden Horse Casino, Hotel and Entertainment.

In conjunction with Gold Circle Racing, Golden Horse Casino, Hotel & Entertainment –  the only casino in South Africa adjoined to a Racecourse – annually stages the Golden Horse Sprint Race Day which attracts over 15 000 people to the city of Pietermaritzburg. In addition to being the largest sprint race event in South Africa, it is the only one to feature four Grade One sprint races.

The stakes are always high in the two main sprint races; the Golden Horse Sprint, which this year carries a first prize bounty of R750 000, and the Tsogo Sun Medallion Race, which offers a prize of R600 000.

While the races and fashion shows unfold, in the VIP suites guests are given the royal treatment in the Marquee Village where they also have exclusive access to fashion icons, musical artists and other celebrities.